The school was founded in 1868 by public prescription on a site in Pillmawr Road donated by the Reverend T. Protheroe and Mr. T. J. Cordes, two years before the 1870 Education Act provided free, compulsory education. It is the only Church in Wales Primary School in Newport.

In April 1975, after 107 years as a primary school, the school became two separate schools, Infant and Junior each with its own Headteacher. The school was relocated across the road from the original school at Yewberry Close, Malpas.

Finally, in the run up to the 150th anniversary of the founding of the school, Malpas Church Junior School and Malpas Church Infant School amalgamated to re-form Malpas Church Primary School. We look forward to continuing the legacy of our wonderful school!

The old school on Malpas Road 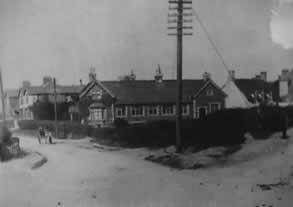 The current school, viewed from the playing field 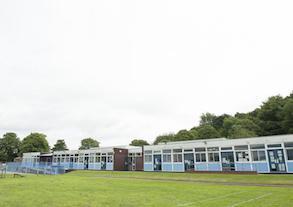 Hello, Welcome to Malpas Church Primary School's website. I hope you find all you need on here. If there is anything you would like to see included please let us know. Miss. K. E. Thomas - Headteacher
D